I was an early fan of the deck-building genre of card games, in particular Dominion. I spent many, many hours playing games in person against my friends, but I always found it tedious to tear down and set up new games. Various apps emerged to help you randomize your supply piles, but you still needed to be very conscious of keeping your collection well organized to cut down on the time required to find each card. I did this for quite a while before I figured that I probably had the skills to implement a digital version that would allow me to play way more games in way less time.

I originally wrote this code back in 2012 or 2013 as a way to have fun while leveling up my Java skillset. I began by implementing the base set and then extending it over time to it's current state of containing 123 working cards; including cards from Alchemy, Cornucopia, Dark Ages, Hinterlands, Intrigue, Prosperity, and Seaside. Progress was quick in the beginning, but as the newer sets began to introduce new mechanics; it became clear that my codebase was not equipped to handle quite a few cards. I implemented everything that I could without substantial refactoring. As the number of cards grew, the codebase grew more and more unwieldy, until eventually I stopped working on it.

I had a lot of fun with this one. When I moved to Minnesota, my Arizona friends and I played numerous games with this project. I couldn't have fixed all the bugs without them 😉.

You can check out the project here. 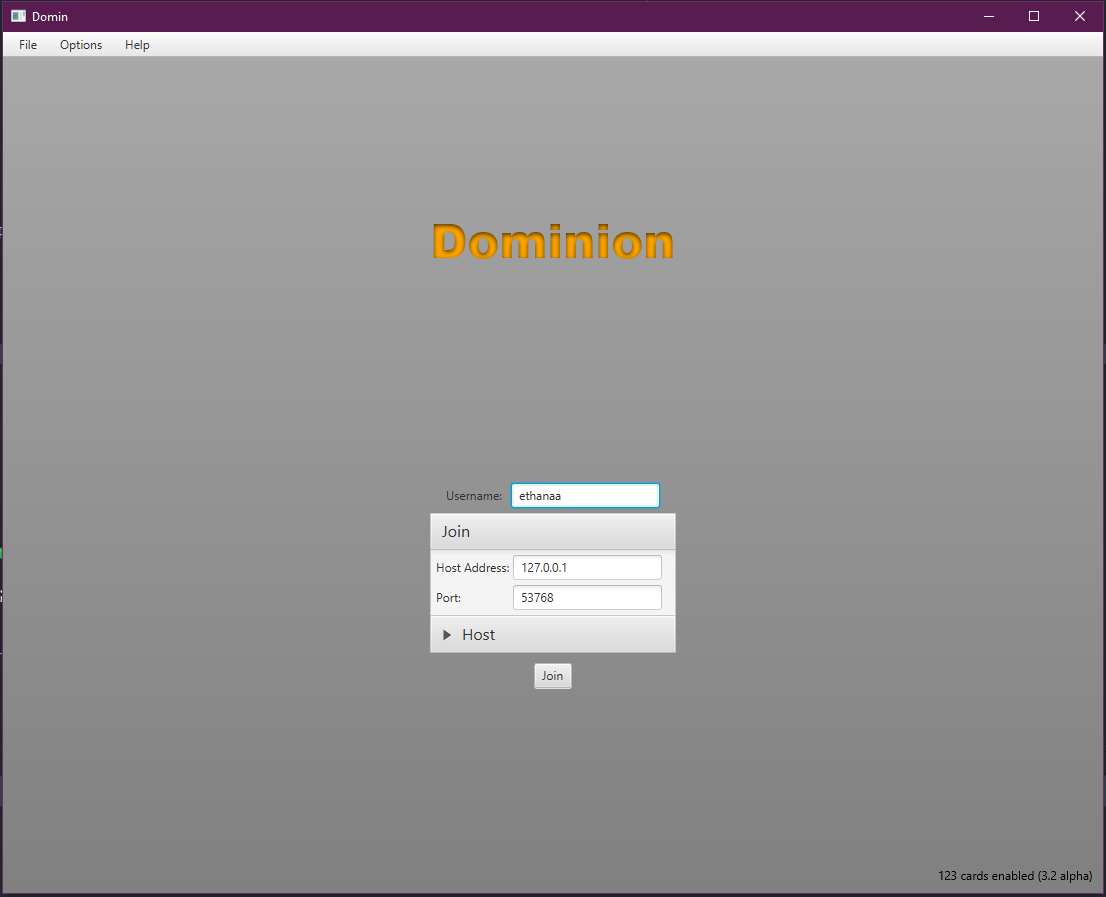 Upon running the game you're asked if you'd like to host or join an existing game and provided inputs to provide the IP Address and port of the host or simply the port you're hosting.

The game supports up to 4 players so I created a waiting room where you can chat. Once all players have "readied up" then the host is able to start the game.

I implemented three different views for breaking down the score at the end of the game.

This was my first attempted at a networked game. There were a lot of interesting problems to solve, but it seems to work pretty well with no game breaking bugs (that I know of).

There are no tests for this codebase. Everything was debugged by playing the game - and no, I wouldn't take that approach in the future. It's time consuming and easy to introduce bugs when implementing new mechanics.